MEDICAL AND SCIENTIFIC ADVISORY BOARD 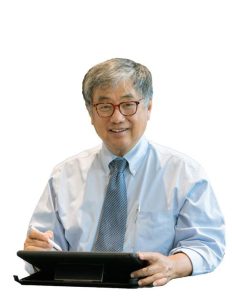 Khee Chee studied medicine in the University of Singapore graduating in 1975. He did his surgical training in Sydney and then had his fellowship training in surgical oncology and head and neck surgery in London and New York. He returned to Singapore General Hospital in 1988 and has been there since. In 1993 he became Head of the Department of Surgery and held that position for 11 years. He was for a period Chair of the NUS Department of Surgery. In 1997 he became the Founding Director of the National Cancer Centre Singapore and recently retired from that position after 20 years. He was also the Senior Vice Dean of Duke NUS Medical School and now continues to hold the Benjamin Sheares Professorship in Academic Medicine. He has just started his own surgical practice in Farrer Park Hospital.

In his career in Singapore spanning 30 years, he has trained numerous general surgeons, surgeons with interest in cancer surgery and head and neck surgery. In that period of time he has the pleasure of seeing many of these specialties have become recognised as leading practitioners in their respective fields in Singapore and regionally.

He has been recognised as the pioneer and leading cancer surgeon in the country. He introduced complex surgery like peritonectomies for previously inoperable cancers in the abdominal cavity and major intraabdominal tumours including removal of invaded major blood vessels. In the field of head and neck surgery, he is recognised to have performed the most of complex operations for cancers in this region. He is also recognised for removal of limb soft tissue tumours.  He also introduced isolated limb perfusion for the management of intransit metastases for skin tumours attempting to salvage limbs which would otherwise require amputations.

He has also won several national awards including Public Adminstration (Gold), National Outstanding Mentor and the President’s Science and Technology Award. He is currently the Inaugural Benjamin Shears Professor in Academic Medicine for Duke-Nus Medical School. Danny Jian Hang Tng received his medical training at Duke-NUS Medical School (Singapore) and received his PhD scientific training in micro/nano technologies for individualized disease treatment at Nanyang Technological University (Singapore). He has a strong passion for research and had been nominated as the valedictorian of his graduating PhD cohort for his work.  Being both a practicing physician and scientist, his research interests lie in translational technologies medical technologies in the area of nanomaterial sensing, drug delivery and therapeutics. He has published widely in these areas, in journals such as Coordination Chemistry Reviews, Applied Physics Reviews and American Chemical Society Biomaterials & Engineering. Dr Melvin Chua is a Clinician-Scientist at the National Cancer Centre Singapore, and Principal Investigator of the Tan Chin Tuan Laboratory of Optical Imaging, Photodynamic and Proton Beam Therapy – Precision Radiation Oncology Programme, He is also the Head of Department and Senior Consultant for Head and Neck and Thoracic Cancers, Division of Radiation Oncology and Director of the Data and computational Science Core. His research is supported by the NMRC Clinician-scientist award, and is focused on discovery and translational cancer genomics, and the development of biomarker-directed clinical trials in nasopharyngeal (NPC) and prostate cancers.

He graduated from the Yong Loo Lin School of Medicine, National University Singapore in 2002. He obtained his Fellowship in Clinical Oncology from the Royal College of Radiologists, and his Doctorate from the University College London in 2013. He later completed post-doctoral Clinician-scientist fellowships at the Mount Vernon Cancer Centre, UK, and the Princess Margaret Cancer Center, Toronto. In the year of 2021, he obtained his fellowship of the Academy of Medicine Singapore under the College of Radiation Oncology and Clinician Scientists.

Dr Chua is a KOL on NPC and prostate cancer, and he has been invited to speak at more than 100 international meetings. He is also on the scientific advisory board for the NPC Guangzhou-Singapore Trial Network, a board member on the Head Neck Cancer International Group (HNCIG) and the Scientific Committee Chair of HNCIG Artificial Intelligence working group.

His other academic activities include his roles as the Associate Senior Editor of the International Journal of Radiation Oncology Biology Physics – Official journal of the American Society of Radiation Oncology and Editor-in-Chief, Annals of Nasopharynx Cancer. He also serves on the International Education Steering Group and the Asia-Pacific Regional Council of the American Society of Clinical Oncology (ASCO). He has published over 100 peer-reviewed papers, with a H-index of 29, including highly cited articles in the New England Journal of Medicine, Lancet, Nature, Cell, Journal of Clinical Oncology and JAMA Oncology. Ooi Eng Eong trained in medicine at the University of Nottingham and completed his PhD studies on molecular epidemiology at the National University of Singapore. His research interest includes dengue pathogenesis and host response to virus infection and vaccination. His laboratory integrates clinical studies with basic virology and immunology to address specific research questions. Findings from these studies have been published in journals such as New England Journal of Medicine, Science and Nature Medicine. He is a three-time recipient of the Clinician-Scientist (Senior Investigator) Award by the National Medical Research Council of Singapore. He was also named as one of the Asians of the Year 2020 and part of the team that was awarded the Singaporean of the Year 2020, both by The Straits Times. Dr Jenny Low is a board-certified senior consultant with the Department of Infectious Diseases in the Singapore General Hospital and an Associate Professor in the Programme in Emerging Infectious Diseases at Duke-NUS Medical School. Concurrently, she is the Deputy Medical and Scientific Director of the SingHealth Investigation Medicine Unit. Her research interest is to develop pathways for rapid bench-to-bedside translation of vaccines and therapeutics against acute viral diseases. Her approach is to combine novel trial design with state-of-the-art molecular investigations to generate deep data that enrich first-in-human and early phase clinical trials. Towards this goal, she co-founded and co-directs the Viral Research and Experimental Medicine Centre, SingHealth Duke-NUS Academic Medical Centre (ViREMiCS) to develop relevant molecular assays into ISO-accredited tests to support the translation of new vaccines and therapeutics into licensed products. This approach has been used to evaluate both small molecules as well as therapeutic antibodies against flaviviral diseases, such as dengue, Zika and yellow fever. More recently, she has expanded on this experimental medicine approach to rapidly develop a deeper understanding Covid-19 and the host response to SARS-CoV-2 infection, the knowledge of which was used to evaluate investigator-initiated and industry-sponsored therapeutic strategies and vaccine candidates against Covid-19. These efforts, apart from contributing to knowledge, have also increased Singapore’s profile as a preferred site for early phase, proof-of-concept clinical trials for acute viral diseases. She has authored and co-authored more than 100 publications in peer-reviewed journals and has more than 5000 citations with H-index of 35 and i10-index of 59. She has been awarded the Singapore National Medical Research Council Clinician-Scientist Award in 2016 and 2019. For her contribution, she has also received a series of research awards from SingHealth/Duke-NUS since 2014.